Before you read this and see that “Jake Wedig” was the author. Let me tell you, this hot take is absolutely 100% all Bear’s doing. Let me tell you about Bear. This guy has some of the best arguments and hot-takes known to man. Try and counter argue with him? He’ll end you. But, he never publishes them. So, I decided to run with this one for him, as I back him all the way.

Over a span of 19 years from 1994 to 2013, the Indiana Pacers never finished worse than 4th in the Eastern Conference with the exception of 1 season and only missed the playoffs in 4 of those seasons. That’s a pretty damn good stretch. In 1997, Larry Bird, the Coach of the Year that year, led the Pacers through a 7-game dogfight against the eventual NBA Champions in Jordan and the Chicago Bulls. That team was decent… This was the first of 3-straight seasons in the Eastern Conference Finals. In 1999, Reggie Miller and Jalen Rose took the Pacers to the NBA Finals who eventually lost in 6-games to Shaq and Kobe. Those two were ok… In 2003 and 2004, the Pacers made 2 straight Eastern Conference Finals, losing both in 6 games to the Pistons. That team wasn’t bad…

But everything that goes up, must come down, right? After the Jermaine O’Neal, Reggie Miller, and Ron Artest era’s the Pacers went through a stretch of 6 bad seasons, missing the playoffs in six straight years. Enter the Paul George Era. In 2010, then a rookie, PG took the Pacers to their first playoff appeareance since the 2004 season. This was the start of 6 playoff appearances in 7 seasons that Paul George was with Indiana. In 2011, PG took Indiana to the Eastern Conference Semifinals where the Big 3 in Miami knocked them out in 6. The very next year in 2012, Paul George took them back to the Playoffs and their first Eastern Conference Finals appearance since Reggie Miller did it in 2003, where again, he ran into LeBron, Bosh, and Wade losing in 7-games and again the year after. 2 straight conference finals appearances, 3 straight playoff exits to LeBron and the Heat. Then again, everything good must come to an end. Paul George was traded at the end of the 2016-17 season. Proven Head Coach Frank Vogel didn’t have his contract extended. Things were looking very very gloomy for the Pacers once again.

Enter Victor Oladipo. Do you see a common theme in all of this? The Pacers go through a stretch of dominance in the East, having to exit the playoffs early every year to the reighn of some all-time greats. Kobe & Shaq, Jordan & Pippen, LeBron & Wade. And let’s not forget about the Pistons during that stretch with Chauncey Billups, Rip Hamilton, and Ben Wallace. Those guys weren’t scrubs by any means. The Pacers have never been able to get over the hump. Until now. Now, before you call me crazy, let me explain. Yes, the Pacers just lost on Sunday in 7-games to who other than LeBron. So, clearly my statement that “they haven’t been able to get over the hump until now” isn’t technically “true” to date. But Bear and I are here to tell you why you need to watch out for the Indiana Pacers for years to come.

Less than 20 minutes after the Pacers’ Game 7 loss to LeBron and the Cavs Sunday, Victor Oladipo texted his trainer and said “When do we start? I’m ready to take it to the next level.” Just envision that…This guy was probably still laced up, dripping sweat, and in his Pacer uniform. Hasn’t even showered or taken the time to wipe the sweat from his face. Instead, he’s texting his trainer ready to get right back to work. If that doesn’t speak to you, I don’t know what will. I can tell you, if I’m one of Oladipo’s teammates, he just earned all of my respect and I’m ready to get right back to work with him.

Improving their wins this season by 6 from a year ago, the Pacers seem to be on the right path. Finishing 5th in the East this year shows that Indiana is knocking on the doorstep of being a real contender for years to come in the East. Behind the leadership of Coach of the Year candidate and former Seattle SuperSonic great, Nate McMillan, the Pacers have what seems to be all the right tools to keep getting better and better every year. An all-star caliber backcourt in Victor Oladipo, Darren Collison, Corey Joseph, and Lance Stephenson. Bigs and stretch forwards such as Myles Turner, Thaddeus Young, and Bojan Bogdanovic. This team has some solid, young talent who will be a force to be wreckened with the more they play together. But, the most important piece to the puzzzle?? Victor Oladipo. Drafted in 2013 as an absolute stud at Indiana, Oladipo proved early that he was a future NBA All-Star. After playing in Orlando for 3 seasons, he was traded to the Oklahoma City Thunder where he seemed to be no more than your average role player behind Russell Westbrook. Almost exactly a year later, Oladipo was a part of a blockbuster trade, sending him to Indiana and Paul George to OKC. Where many believed OKC was the real winner of this trade, I truly believe Indiana got a steal in Victor Oladipo as this guy has essentially ressurected this Indiana Pacer franchise and will turn this Pacer team into a powerhouse for years to come.

Indiana came up short this season, falling in 7 to the Cavaliers. Keep in mind, the Cavs have some guy that had to score 45 points to save the Cavs’ season from being overturned by Victor Oladipo, who all series had the Cavs on their heels. (That guy was LeBron James by the way.) But the Pacers are for real. And they’re going to be for a while. Bear thinks Indiana is poised to make some big time offseason moves which will help get them over the hump. Does Paul George come back and team up with Oladipo? Speculation is he’s already got one foot out the door in Oklahoma City.

Indiana essentially returns their entire roster for the 2018-19 season. Oladipo signed through 2021. Thaddeus Young has a player option worth $13.7M for next year. Expect Indiana to bring him back. Indiana has 6 player contracts up this season, but not any players to worry about. Glenn Robinson III, Damien Wilkins, Trevor Booker, Rakeem Christmas, Georges Niang, and Trey McKinney. The NBA Salary Cap for 2018-19 is expected to be around the $126M range. If that’s the case, the Pacers will have close to $26M in spending money. With restructuring some contracts, Indiana could make some big time moves this summer. Regardless, what Indiana did this season and espcecially this postseason, was unexpected and amazing. Taking The King and the Cavs to 7 and establishing themselves as a legitimate contender in the East made this season an absolute success for Indiana.

Expect big things from the Indiana Pacers next year and for years to come. Victor Oladipo is here, and he’s hungry. Wakanda Forever. 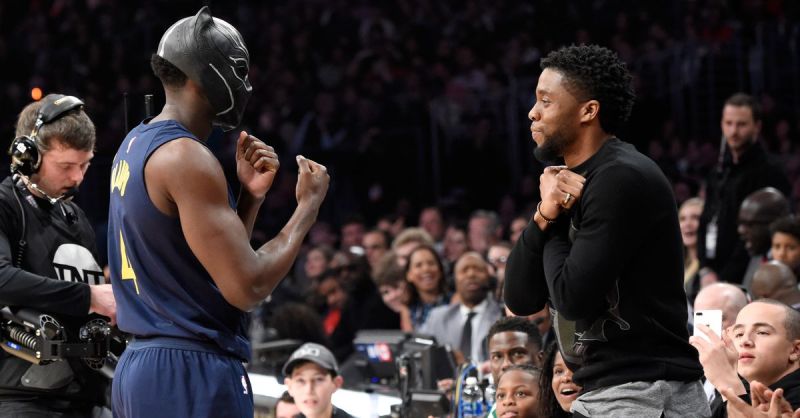