When the Alliance of American Football had its regional draft, the Salt Lake City Stallions found themselves surrounded by Arizona, San Diego and San Antonio. That meant that Salt Lake City had to be very active nationally in putting together their inaugural roster for the first season of the AAF.

So while there are players from Utah, Utah State, BYU and the Colorado Colleges, there are also players from colleges such as Catawaba, Sienna Heights, Winona State, Montana Tech, Buffalo State, Washburn (the Icabods) , Kutztown and Mary-Hardin Baylor (a D3 powerhouse).

The options when you put together a new team in a new league is to look for players cast off by the NFL or find those young men that excelled at the lower college level and were overlooked coming out of high school which seemed to be the preferred strategy of the Stallions.

Nowhere is this more evident than the QB position. One of the QBs is Tommy Armstrong Jr. who went to Nebraska and had a tryout with the Minnesota Vikings. They wanted him to play RB or DB so he decided to give the AAF a try. Competing with him is Quinn McQueary who played for the Montana Tech Orediggers and grew up in Manhattan, MT, population 1,520. 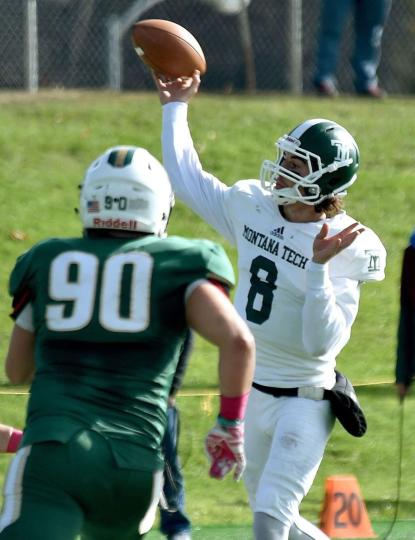 Another small college guy that could make a difference is Andrew Spencer, a defensive bank from Winona State (MN) that was the NSIC defensive player of the year in 2017 as well as a 2017 AFCA 1st team All-American.

Coach Dennis Erickson will lead the Stallions. Most of Erickson’s experience came coaching in the west, including his stint at the University of Utah as an assistant coach. The Stallions home will be Rice-Eccles Stadium which is the home of the Utes as well. Erickson will bring big time experience, two national titles won and five years in the NFL, to a bunch of players that were overlooked by major college programs but are now looking to hit it big time themselves in a new professional league.

To learn more about the Stallions, click HERE! ⬇️