The number of Bowl appearances by Steve Spurrier, Orlando Apollos coach while he was a college coach. Also, the jersey number of Apollos RB Akeem Hunt who will be called Kareem Hunt at least 21 times this season. 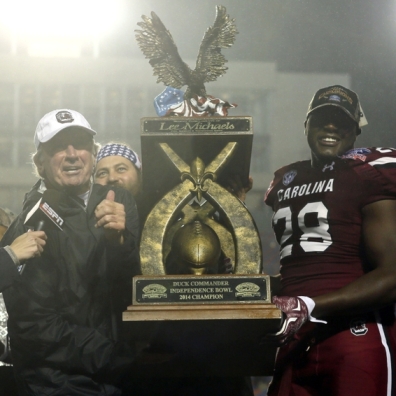