Pretty good week of NBA basketball! Solid headlines and Harden is still rollin’! The Warriors take over the top spot, the Thunder are back in, and the Pacers are in trouble. Let me tell you why.

The Warriors are the best team in the league right now. DeMarcus Cousins is back and the Warriors are poised to make a nice run here before the All-Star break which could distance them from the rest of the West for the second half of the season. They’ve won 9 in a row and have only lost 1 of their last 10. 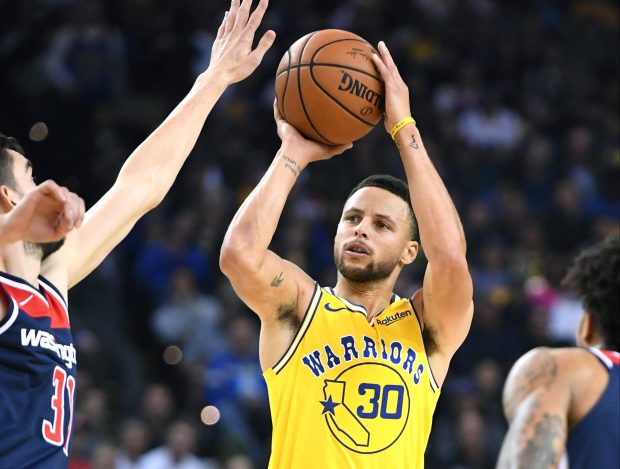 Our Milwaukee Bucks are on an absolute ROLL! Bear dislikes every team I like, especially the Bucks because he’s a Bulls fan, but no one can deny that the Bucks are one of the hottest team in basketball right now. They’ve won 6 in a row and 8 out of 10. They will be the Eastern Conference Champions.

The ‘Sixers THROTTLED the Rockets earlier this week which is why their the one team making the biggest jump in my rankings. I’m not a huge fan of Philly, but they’ve seemed to have figured it out. They’ve won 7 of 10 and two in a row.

The Raptors are still the second best team in the East, but they’ve lost two in a row this week. One of those games being to the Rockets and the Pacers. I look for the to rebound this coming week.

Since Kyrie apologized to LeBron, the C’s have won 5 in a row.

The Nuggets are slumping a bit, but I’m not counting them out just yet. While they’ve only won 6 of 10, they’re still playing well and some of those losses have come to the likes of teams such as the Jazz, Warriors, and Rockets. They’ll be fine.

The Thunder seem to be back to normal which is why they’re back in my top-10. They’ve won 4 in a row, two of those wins being against two teams in my rankings, the Trail Blazers and 76ers, however, I need consistency from them before I put them back in my top-5.

Guys…..the Pacers are in trouble. Goose’s boy Victor is out for the year, and watching his reaction to that injury was absolutely gut wrenching. While the Pacers have won 7 of 10, the outlook for the remainder of the season doesn’t look great.

The Spurs are .500 over their last 10, but they’ve still got the best coach in basketball. I have faith in them.

The Nets beat the Rockets last Wednesday and Harden had 61. Enter the Nets into Bop’s top-10.