4:40 PM – The Boys joined me so I had to change from watching the movie “Walk the Line” to watch the pregame. Talking about what a freak of nature Aaron Donald is and what his max might be at different lifts. Gus brings up a video of him benching 485. Then we talked about how much we would like to have Gronk win the MVP.

4:55 PM – Phil Simms must have the same makeup guy as Donald Trump. Strange color, white around the eyes.

5:02 PM – Peyton Manning Super Bowl intro commercial with John Malkovich will not be matched in the next five hours. It was awesome.

5:13 PM – Hype video. Does Tom Brady have a guy that holds onto his helmet? Everyone else runs out of the tunnel with their helmet on. Brady jogs out, goes to the sideline, grabs a drink and his helmet is handed to him

5:16 PM  – Walter Payton NFL Man of the Year Award. Marshawn Lynch is in sweats, everyone else has a shirt and tie on. As J.J. Watt starts talking, Lynch hides his face behind Watt’s big head to hide the fact that he may be high or drunk. Marshawn seems like a fun guy to be around.

5:24 PM – Gladys Knight breaks two minutes singing the National Anthem. I win first prop bet. She was cruising early but I knew she would hold those last notes. 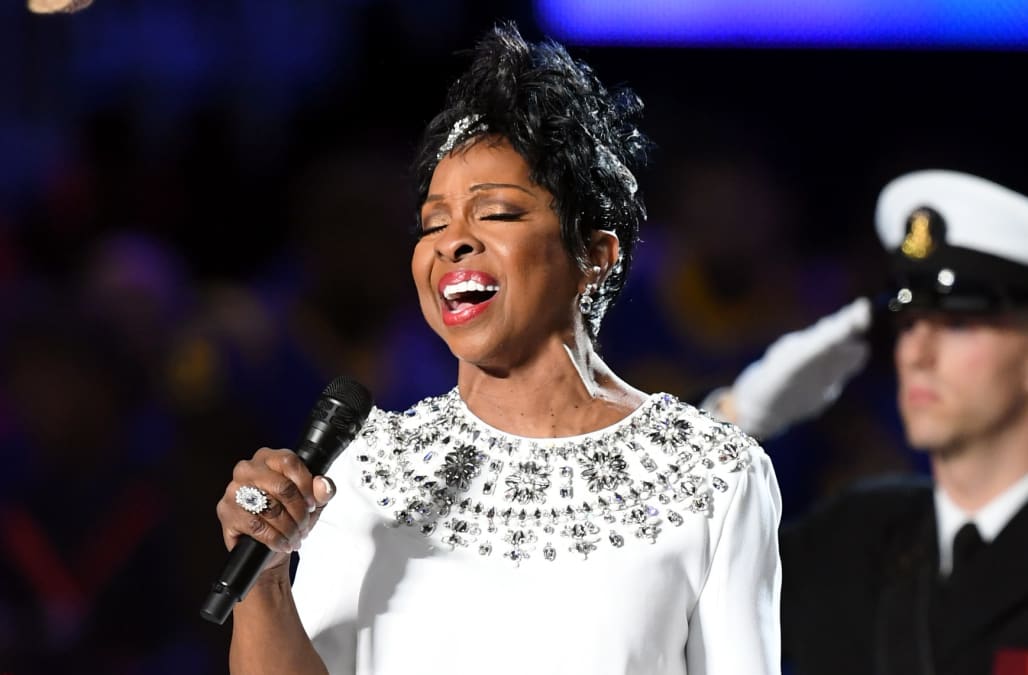 5:30 PM – Reverend Bernice King has a great coin flip. High, multiple rotations. I liked it. But I picked heads.

5:35 PM – Patriots begin the game using formations from the 1976 playbook. Then they throw one pass and its picked.

5:46 PM – First weird big penalty goes on the Rams. They called it on #56 Fowler Jr. for the Rams, but I think they threw it on Robey-Coleman as some sort of weird makeup call from last week.

5:56 PM – They are talking about how no kicker has missed a FG in Atlanta this season. Romo asks if he just jinxed it. Gostkowski pulls it left. 0-0 yet. Rams have run three plays with just over five minutes to play in the first quarter.

6:05 PM – Commercial for a new Fast and Furious. Can they stop with the “Fast and Furious” run already? Enough is enough. Bop informs me there is a new get back guy so the over under for appearances from Ted Rath could be down.

6:13 PM – End of first quarter and Gurley has one carry for two yards. Why?? What are they not telling us? Is he hurt?

6:22 PM – Edge Rams. They should be down by 10 right now and are even. But, they can’t get anything going on offense right now. Reminds me of the first half of their game with the Saints.

6:33 PM – Break in action. Some new prop bets: +/- 10.5 Concussions Julian Edelman has suffered in his football career.  +/- 1997 The year Tom Brady’s helmet was manufactured. +/- 5.5 The number of times Todd Gurley wants to punch Sean McVay in the face this game.

6:37 PM – Holding call during punt. Gives Rams and extra 10 yards. Feels like this might be something to get the Rams offense going.

6:46 PM – Rams did not move the ball then had a not so great punt. Edelman has his seventh catch of the game. Patriots in two minute drill. 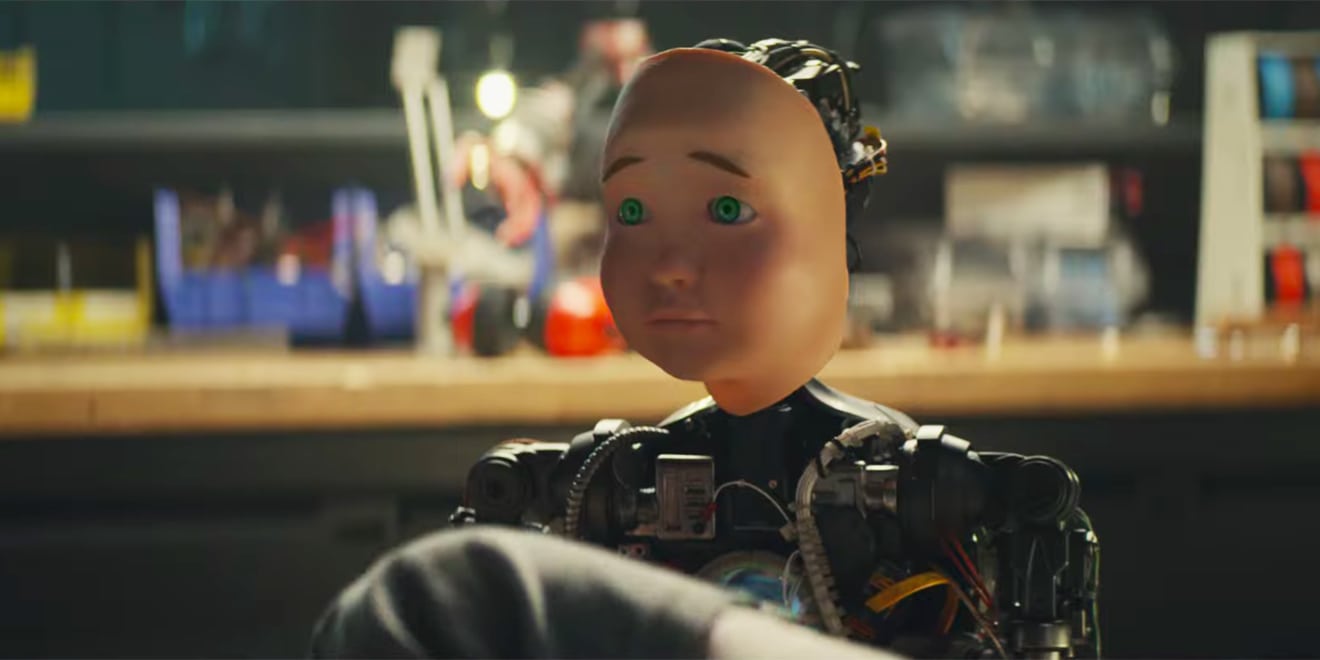 6:54 PM – Big fourth down stop by the Rams. Why didn’t the Patriots at least line up like they might run the ball.

6:58 PM – Halftime. Patriots 3-0. Rams offense has been offensive. Goff has no idea where the pressure is coming from. Rams get the ball to start the second half. Time for McVay to earn his genius label.

7:08 PM – Maroon 5 – Do we even care if everyone lip syncs anymore? I know that used to be a big thing. But really, with so much work done in the studio, we don’t want them to sound like shit at halftime with bad acoustics. Second song sounded live, first not so much. But, maybe. Won my life savings bet on the tribute to Stephen Hillenburg on the Sponge Bob song.

7:28 PM – This is what I hate about the Super Bowl. The halftime is so long it kills the mood. Maroon 5 was not bad. Adam Levine may have actually sang those songs. Sounded good and live. He showed two of his nipples but didn’t get close to the scrutiny Janet Jackson did showing one.

7:32 PM – Todd Gurley comes out with two back to back big runs. Game on! (look for the shoveling food into my mouth feed me signal here) Goff next big pass will be his first.

7:43 PM – Patriots punter kills it inside the 5. Bill states that if the Rams run one more play action pass when they aren’t even trying to run the ball he is going to shut the game off and go play GTA 5.

7:55 PM – Defense is ruling the game. I like it. Next mistake by the offense loses. The Patriots are playing conservative to wait and see if the Rams can actually move the ball or if they can force Goff into making a game changing mistake.

8:01 PM – Rams putting together a good drive, went up tempo, then called a timeout. Not sure why. We are discussing if the Rams win 7-3, who is the MVP? Could you give it to Edelman if they are the losing team?

8:05 PM – Rams tie the game. Greg Zuerlein’s kick look like it was going left and he brought it back in. He might be the MVP at the end of the game.

8:10 PM – End of quarter number three. Super Bowl is moving along which is good for an old guy like me. 3-3 tie. I love defense.

8:19 PM – The theory with the boys is that Gurley is upset with his touches. That is why he is not in sometimes because he is pouting. But, to back him up, what running back does not want at least 20 carries a game. Time to get comfortable, read the defense, wear them down. All you teams jumping on the young QB whisperer band wagon, be prepared for this.

8:33 PM – Gronk makes a catch and Michel runs it in. The Patriots now have gone almost all 21st century formations after starting the game in old school formations. Love the way they adjust. 10-3 Patriots.

8:41 PM – INT. Patriots have shown different blitz looks all day. Goff has no idea where they are coming from. This was perfect. They have showed up to seven, usually only brought four, this time they bring seven and pick one off at the three yard line.

8:48 PM – Burkhead just runs up the middle for 26 yards, almost game over. A lot of people will complain about this as being a boring Super Bowl. I love it. The Patriots played this game to win it, not to be pretty.

8:54 PM – All the teams hiring the next offensive guru in the model of Sean McVay have to be a little nervous right now as the Rams had to punt on their first eight possessions.

8:56 PM – Patriots short by an inch. Do they go for it? Do you trust your kicker, he’s missed one? A kick makes it a two score game. A first down basically means game over. Wow. Love it!

8:58 PM – They are kicking. Just got it in. Game over maybe?!? This was a tough decision. If they miss the field goal, I might hate it, but in retrospect, great move.

9:02 PM – Still have no idea why Gurley is an afterthought. Injury? Has he pissed off the staff?

9:04 PM – Why don’t you just run three “Hail Mary’s” as the Rams and hope for one to get lucky? They took their time, and even though the field goal attempt did make sense there were only eight seconds left. Terrible. Water is poured on Belichick. Goose called it. No colored Gatorade. Bop called Julian Edelman as the MVP. Awesome. Wait, we see some blue Gatorade. 9:20 PM – Not sure why Gurley was a no show. Not sure why a bunch of NFL teams reached out to young guys that have QB background. Belichick just showed the world why when you do your job on defense, you can make anyone look bad. Goff looked terrible against the Bears pressure when I saw him earlier. He made some good throws today, but there was not a throw where I said to myself, ‘They caught the Patriots off guard’. That is what a coaching genius is. A guy who is one step ahead of the other guy. McVay was one step ahead of Jason Garrett against the Cowboys in the NFC playoffs, but he was two steps behind Belichick tonight.

The commercials sucked tonight. See my other post about that.