Well, it all started a few days after my previous Power Rankings. On January 28th, Anthony Davis had informed the Pelicans that he would not re-sign with them this coming offseason and had requested a trade. They took him out of their hype video and even appeared to have trolled A.D. and the Lakers when they wore their City Edition uniforms with “NOLA” across the chest. No L.A. I liked it. From there, trade rumors & scenarios took off as teams started pitching their best offers to the Pelicans for A.D. 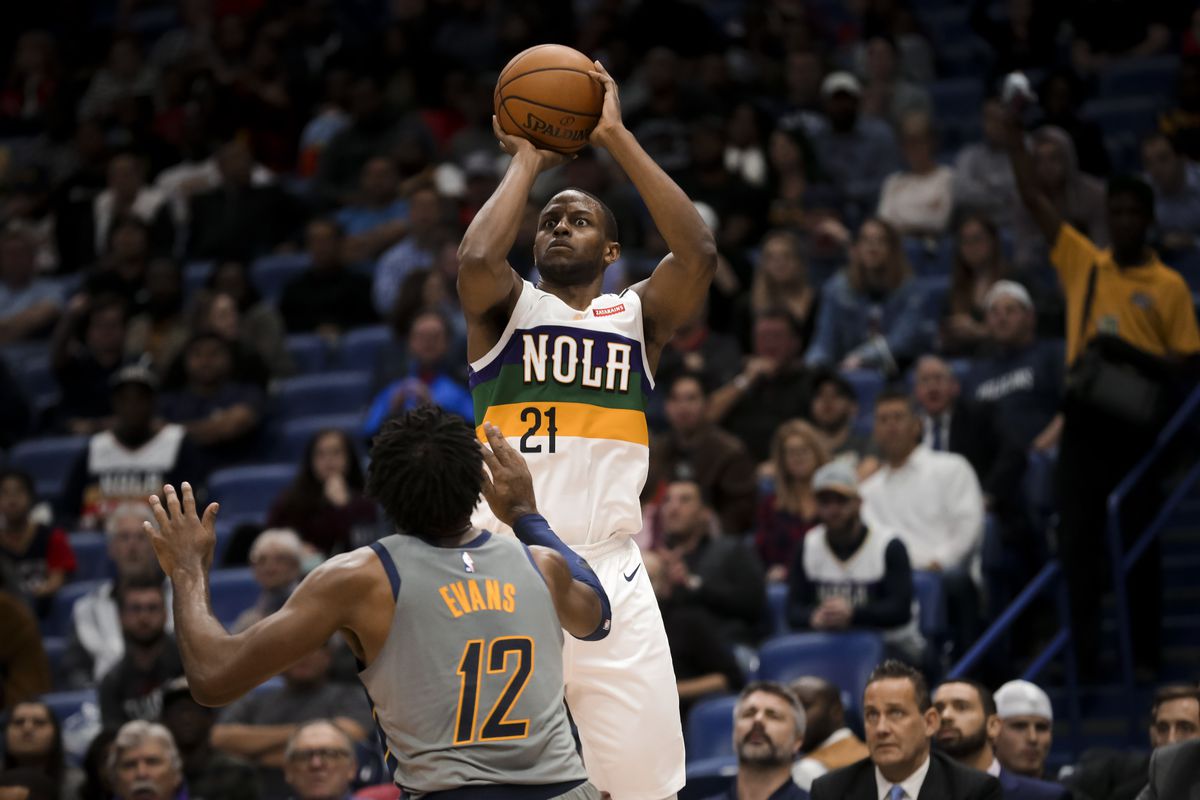 Shortly after the news of A.D. wanting out of NOLA, the first blockbuster deal struck the NBA world. The Dallas Mavericks made a trade to acquire Kristaps Porzingis from the New York Knicks. This, to me, was intriguing because now the Mavs have three foreign white guys on their team. When’s the last time you’ve seen that?!

Another big deal that broke last night was former Clipper Tobias Harris heading to the already young, star-studded Philadelphia 76ers. This is BIG TIME for the ‘Sixers, as this move clearly proves they’re buyers and trying to win NOW! They unloaded a solid chunk of their future assets to the Clippers, including rookie guard Landry Shamet, a 2020 protected 1st-round pick, an unprotected 2021 1st-round pick, and 2021 & 2023 2nd-round picks. On top of some future picks, they also unloaded Wilson Chandler and Mike Muscala. Boban Marjanovic and forward Mike Scott were shipped to the Sixers. This is probably the biggest move headed into Thursday’s deadline thus far. Tobias Harris is a solid young player, but did the ‘Sixers overpay?

Two days ago, Anthony Davis released a list of his preferred destinations which really shook me up. His list included the Lakers, Clippers, Knicks and what do you know, my Milwaukee Bucks. This had me all fired up on Monday. Enough to where we had to drop a Monday night podcast. Why on Earth if you’re the league best Milwaukee Bucks would you break up what you have going?! Listen to Episode 12 to listen to my rant. The Bucks better not deal for A.D.

The Lakers have come up with a dozen different trade packages for A.D., but Demps is staying put. I think Magic even told Demps he’d include himself in that deal and come out of retirement. No dice. The Lakers stated they had “pulled out” of trade talks with L.A. as their trade requests are “outrageous.” I like what New Orleans is doing. They are going to get the absolute best deal possible, even if that means ripping off the Lakers a little bit. They aren’t going to settle for an average deal just so they can unload Davis. Much respect to Dell Demps. This guy has some major cajones.

All in all, I think Dell Demps (Pelicans GM) is playing hardball. Big Rod & Bear had put it perfectly on the podcast, he’s not giving in to the Lakers and LeBron. He is going to go down with the ship and make a statement. You want out? Tough. You’re staying and finishing the year. I don’t think Demps and the Pelicans will deal A.D. before tomorrow’s trade deadline. The Bucks also just made a deal to ship Thon Maker to Detroit in exchange for Stanley Johnson. Good deal by the Bucks.

Enough with trade deadline. Check out this weeks Power Rankings.

The best record in basketball. If the season were to end today, the Bucks would have home court advantage through the NBA Finals. They’ve won 9 out of 10 and went 4-1 on their most recent road trip, winning their last four in a row. That’s the best 5-game road trip for the Bucks since 1985. To put that into perspective for you, Big Rod ( @rlwedig ) was a charming 18 year old Senior in high school. 👀👇🏻

At one point, they had won 11 in a row. They slipped up against the 76ers last Thursday, but winning 11 out of their last 12 is impressive. If you remember back, I said I had a feeling that when Boogie Cousins came back, it was either going to make or break the Warriors. They’d either crash or go on a big time streak. Well, here it is. Speaking of Boogie Cousins, did you guys see this dunk he put on Kuzma? Woof…

👀 Look at what Boogie Cousins just did to Kuzma!

The Celtics have caught their stride. They’ve won 10 out of 11 games, two of them being statement games against the Thunder and Raptors. This team, and maybe the 76ers now with the addition of Tobias Harris, are the only two teams I really see challenging the Bucks out of the East come playoff time.

The Nuggets just won’t go away. After the Warriors regained control over the top-spot in the West a couple weeks ago, many thought that would be the descend of the Nuggets. But they’ve stuck around and are still only a half game out of 1st. They’ve won 9 of 10, six of those coming in a row.

Making the blockbuster trade for Tobias Harris was a good one for the 76ers in my book and that’s why regardless of record, they’re ahead of Toronto and Indiana this week. I think they overpaid for him with having to give up a boatload of future draft picks, but like I mentioned above, operation “Trust the Process” is no longer a thing as they’ve clearly structured a team to win NOW. They’re 5th in the East and have won 6 of 10.

Not really sure what to think of the Raptors. They beat inferior teams but lose to superior teams. They don’t really have any “good” wins yet this year. They lost to a good chunk of teams in my top-10 this week as they lost to OKC, Milwaukee, Boston, and Houston. One thing to keep an eye on as the deadline approaches is Kyle Lowry. He is rumored to be on the outs, and that would be a huge move for not only the Raptors, but everyone else in the East.

The loss of Oladipo really sucks for Indiana. They’ve had a great year so far. But their fans have remained optimistic and they keep battling. Check out what their fans were chanting to Brandon Ingram and JaVale McGee last night as they were shooting free throws. They chanted “LeBron’s gonna trade you” as Ingram was shooting and “not worth trading” as JaVale shot. Absolute perfection and execution, Pacers fans. Well done!

(they beat the Lakers by 42 last night. Led by as much as 46 AND LeBron played.)

Man, Pacers fans were letting the Lakers hear it tonight in Indiana.

💀💀💀 Pacers fans also gave it to JaVale McGee with a "Not Worth Trading" chant#LakeShow #Pacers pic.twitter.com/MQb7n98eDw

OKC is still playing well and Paul George is having a career year in my opinion. They’ve won 8 out of 10 beating the 76ers, Blazers, and Bucks this past week.

Houston is just, “blah.” I really don’t care much for them but if we’re being serious, they’re not anywhere close to being above .500 without Harden. I will give Harden credit, he’s having one of the best regular season’s to be posted in NBA history. But, like I’ve said all year long, lets see what happens come playoff time. Even Kobe this week said what Harden is doing is great, but not a winning formula.

Kobe Bryant believes James Harden and the Rockets won't win a championship with the style of play we're seeing on his scoring tear. (via @Rachel__Nichols) pic.twitter.com/RQvdHPvpJw

The Kings….yes, the Kings. They’ve won three in a row and some of their biggest wins over the course of the week came against teams like Spurs, 76ers, Grizzlies, and Trail Blazers. They also only lost to the Warriors by 5 the other night. Not playing bad ball as of late and are only 2 games out of the 8-spot in the West.