Week 2 of the AAF begins with two games on Saturday and two more on Sunday. This week the games will be crossover games. Here is a brief look at the games this weekend and the players to watch. The full team previews will be up Friday.

Saturday at 1:00 Salt Lake will travel to Birmingham to take on the Iron team that shut out Memphis last week. Saturday evening the Arizona Hotshots will play at Memphis. The Express will try to get their offense going against a very good Hotshot offense.

On Sunday, Orlando Apollos travel to San Antonio for the only match-up of 1-0 teams in the 3:00 game. The Apollo’s explosive offense will go against a tough, physical Commanders defense. The 7:00 game features the Atlanta Legends at San Diego. The Fleet struggled a little in week one while the Legends were handled easily by the Apollos.

Here is a look at some players to watch in week 2:

Fleet Coach Mike Martz put Nelson into the game in the fourth quarter against the Commanders and quickly named him the starter for the game against the Legends. Martz got to know Nelson when Nelson played in the NFLPA Collegiate Bowl with Martz as a coach. The East Carolina QB was named MVP of that game. This week’s opponent, the Legends,  gave up 40 points to the Apollos, so with a full week of practicing with the number ones, I expect a big game from Nelson.

Garvin had a remarkable week one game against the Legends. He had two picks, one for a TD, broke up two passes and had eight tackles. He faces a San Antonio team that threw two picks last week against the Fleet. The Commanders struggled at times to move the ball against the Fleet, I think Garvin will make things tough on the Commander’s offense as well. 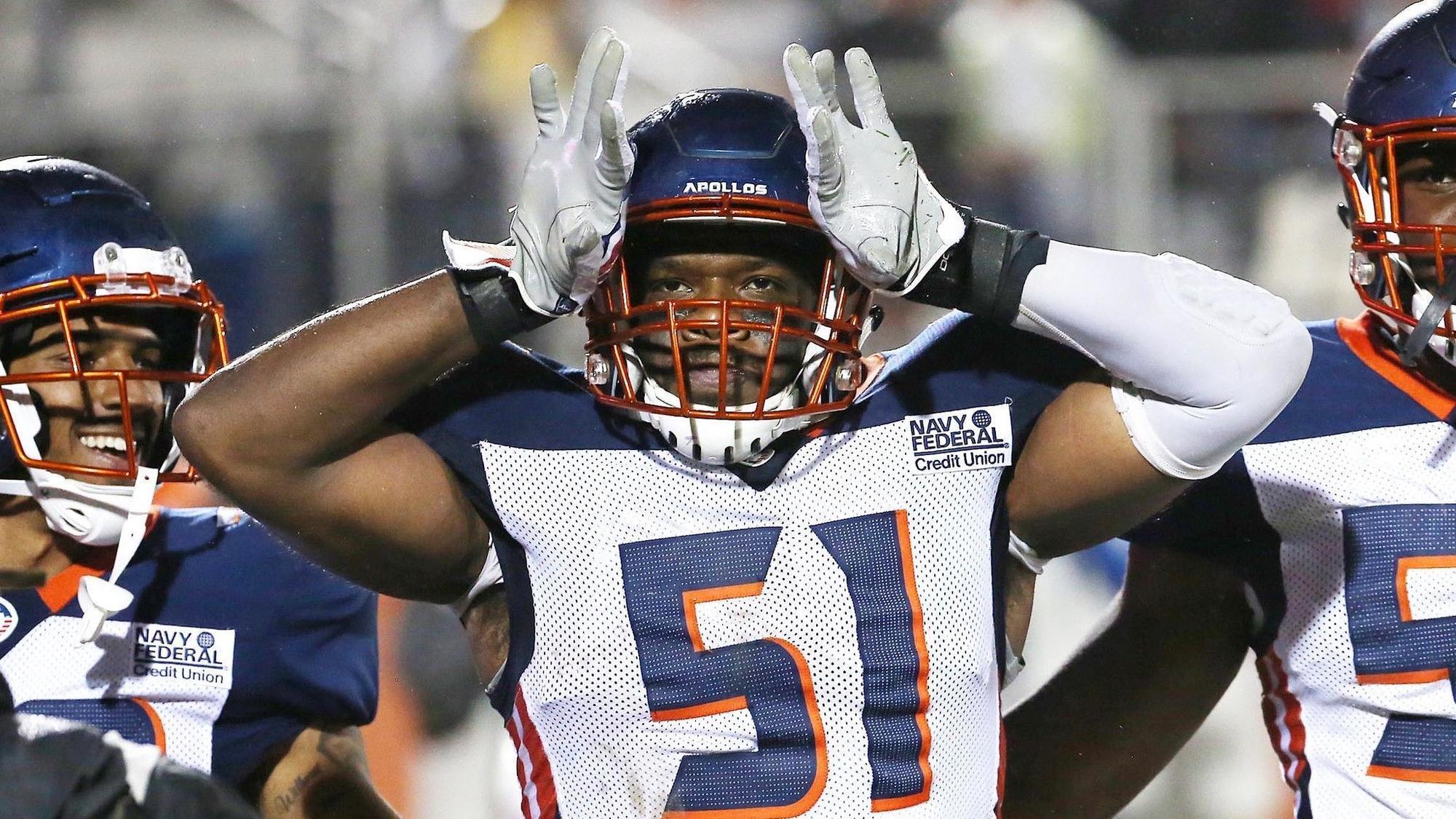 Patton leads the AAF in receiving yards and the Iron will host Salt Lake, a team that gave up four passing TDs on Sunday to the Hotshots. Patton was open a lot against the Express on Sunday and if it weren’t for a couple of drops, he might have had 150 yards receiving. Patton and Luis Perez will have a big day against the Stallions. 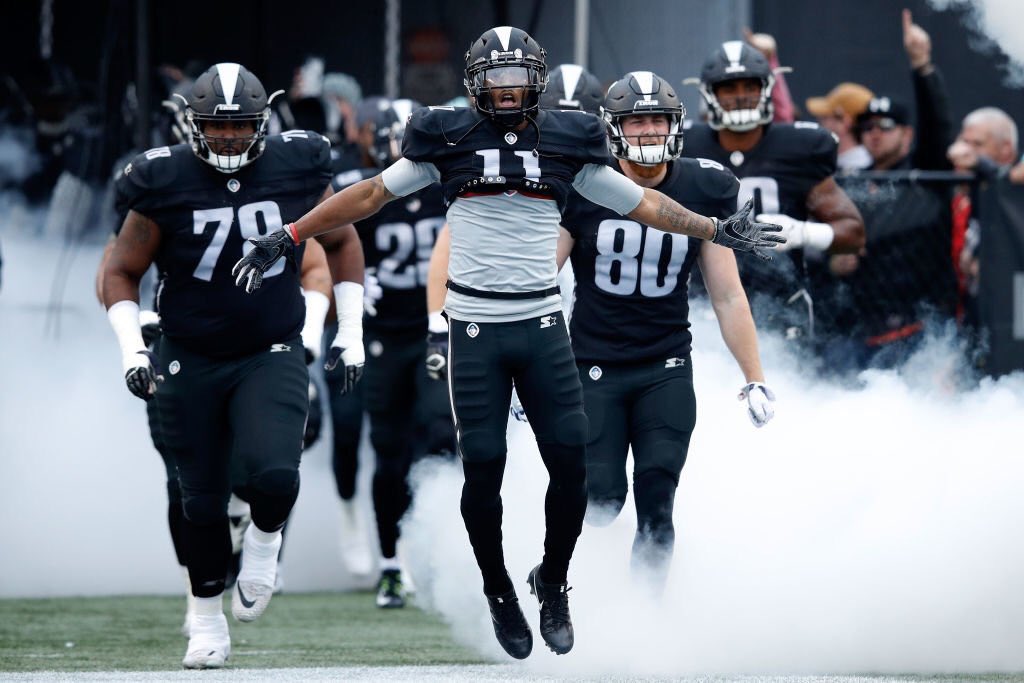 Gates leads the league in tackles with 10. Gates will be in charge of leading a defense against the Arizona Hotshots.  The Hotshots looked very explosive in their 38-22 win over Salt Lake on Sunday night.

I did not see the entire Orlando game, they put up 40 points against Atlanta, but I think the Legends might struggle this year. Wolford threw for four TDs while Pressley ran the ball 18 times for 64 yards against the Salt Lake Stallions. They seemed to have a very good balance and it will be interesting to see how they do against a pretty solid Memphis Express defense. 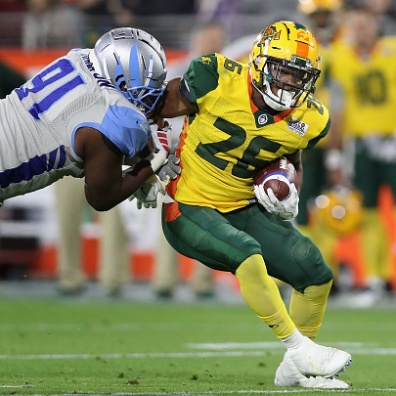 Rushing yards were hard to come by for most teams in week one, but Hunt averaged 7.3 yards per carry for the Apollos in their win over the Atlanta Legends. He leads the league with 73 yards rushing on only 10 carries. He will be tested in the big game against the Commanders on Sunday afternoon. 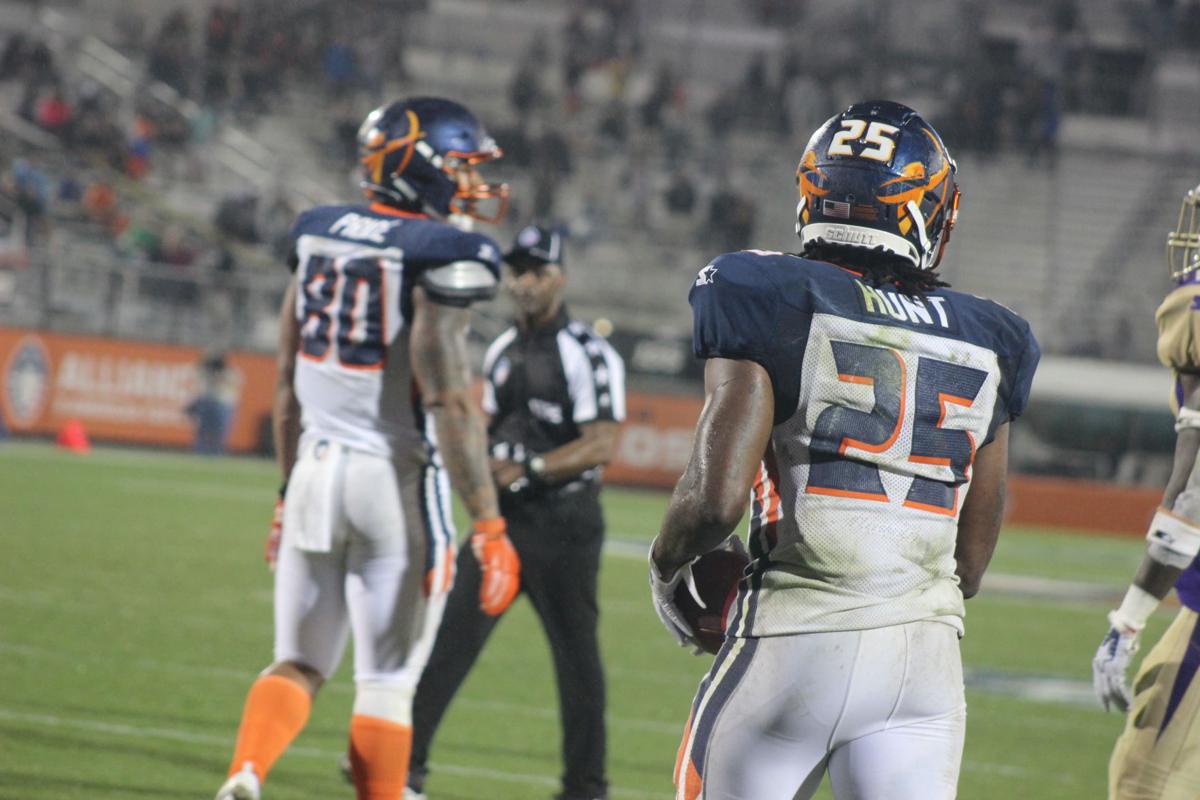 To see a full list of AAF statistical leaders, click on the “AAF STATS” link at the top of our page.