Salt Lake Stallions at Birmingham Iron. The Iron were dominant in their week one win over the Memphis Express. Salt Lake used a balanced offensive attack to put up 22 points against the Arizona Hotshots, but gave up four TDs through the air. The Iron were probably the most impressive team in week one and I think Salt Lake is going to have a hard time moving the ball against them. I am looking for a low scoring battle in Birmingham.

Arizona Hotshots at Memphis Express. The Hotshots showed off the most explosive offense in the AAF last weekend as John Wolford threw for four TDS against the Stallions. The Express struggled against a tough Iron defense. Hackenberg threw for only 77 yards as the Express were shut out. I am picking Memphis as my big bounceback team this week. I think they will get things on track just enough to beat the Hotshots.

Orlando Apollos at San Antonio Commanders. The Apollos were totally dominant in their opening season win over the Atlanta Legends. Akeem Hunt was very effective running the ball and Garrett Gilbert was very efficient in Coach Spurrier’s offense. The Commanders pulled out a tough win against the San Diego Fleet in week one. I think this will be the best game of the week in the AAF. I look for a back and forth battle with the Apollos pulling off something fun to win in the end. 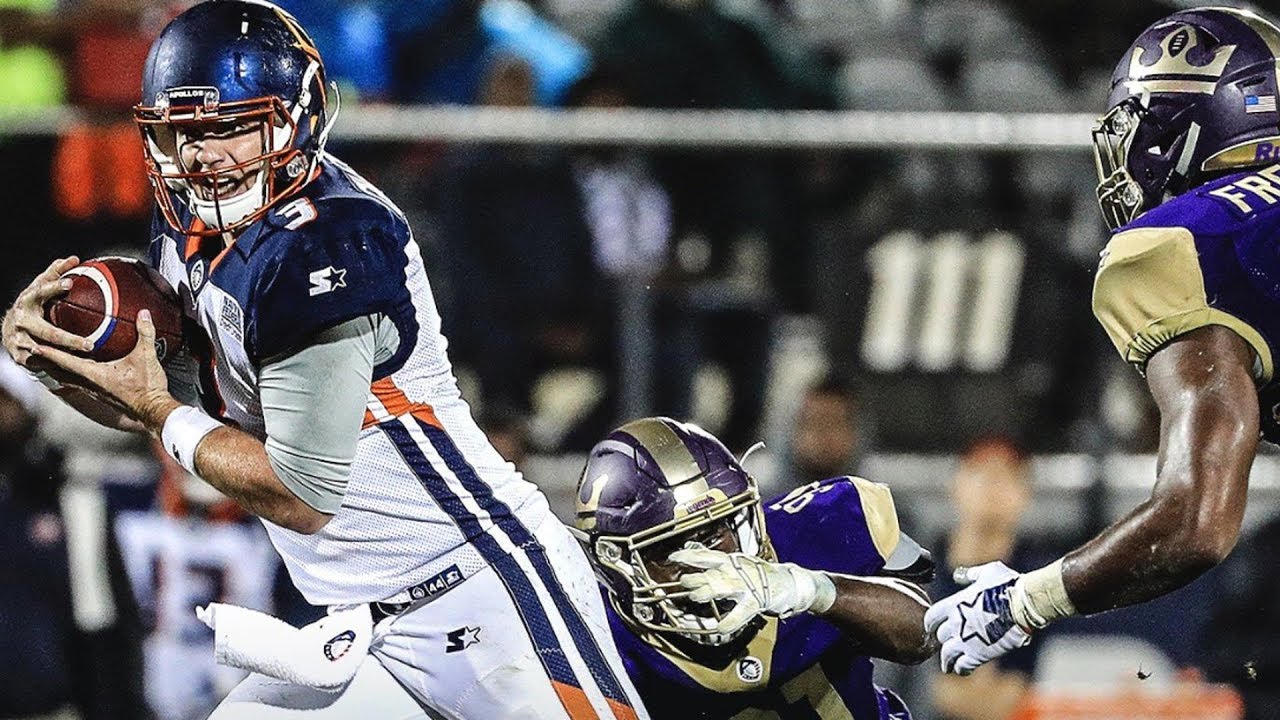 Atlanta Legends at San Diego Fleet. I look for Mike Martz to get his offense right this week as he turns to Phillip Nelson at QB. The Legends struggled mightily week one against the Apollos. Matt Sims threw for 126 yards but was picked off twice and the Legends struggled to run the ball at all.